After all the talk recently from the new government of scrapping the TV licence, you could actually do it right now and save yourself some cash. Here is the lowdown of how to ditch the TV licence now – from Or Goren from Cord Busters.

Or Goren runs Cord Busters (https://www.cordbusters.co.uk), one of the leading destinations for UK TV cord cutters and people who want to save money on their TV watching and related tech purchases. Here is his blog:

Back in the day, people in the UK who wanted to watch TV had two main options: pay the TV Licence fee, or remove the TV itself from your house. (Technically, you could keep it in – but not really turn it on…)

Then things started to change – first with the coming of video rentals and DVD players, and these days – with streaming TV services.

All these options mean you CAN watch some stuff on your telly without paying the TV licence, and by doing so – save £154.50 every year.

But there are some things you need to watch out for if you decide to ditch the TV licence (legally, of course) – and in this guide, I’ll explain how to do it right.

Who Needs To Pay The TV Licence?

Anyone in the UK under the age of 75 (with a few exceptions), needs to pay the licence fee, if he/she does any of the following two things at any time during the year:

As weird as it sounds, the live TV clause refers to ANY live TV, from anywhere in the world (as long as YOU’RE in the UK).

So even if you watch a live channel from Germany (via the internet or a satellite), a live broadcast from the US on YouTube, etc’ – you still need to have a TV licence according to British law.

As for BBC iPlayer, the BBC’s streaming and catch-up app, up until a few years ago there was a loophole that meant you didn’t have to pay if you watched BBC content on iPlayer – but that loophole was fixed, and now you have to pay even if you only watch on-demand content via iPlayer.

Also, remember that it doesn’t matter what device you’re using to watch – a telly, a smartphone, a tablet or on your PC – if it’s live TV, or BBC iPlayer – you need to pay.

There are two exceptions to these rules:

How Can I Stop Paying The TV Licence Fee And Still Watch TV?

With so many streaming TV services available these days, there’s really no reason to pay the TV licence fee, if you don’t intend to watch the BBC or other live content. And you don’t even need a cable/satellite TV contract for most of the new TV on-demand services.

And what if you really like British TV, and you’re afraid you might miss the BBC programmes? Well, you might want to take a look at BritBox, the new streaming subscription service from ITV and the BBC.

And if all that’s not enough, you can also watch the catch-up, on-demand programmes of ITV, Channel 4 and Channel 5, via their apps (as long as you don’t watch anything live).

Remember, though, that you can’t watch these on-demand services simply by connecting an aerial to your TV. You would need a Smart TV connected to the internet, or a set-top streaming device, something like the Roku Streaming Stick+.

Do I Need To Notify Anyone If I’m Ditching The TV Licence?

Technically, you don’t have to notify the TV Licensing body that you don’t need a licence, as long as you stay within the limits of the law.

However, it’s recommended that you do notify them – otherwise, they might keep sending you letters by post, “reminding” you to pay the TV licence. Notifying them is easy, though, as you can do it online.

Remember, telling them you don’t need a TV licence doesn’t keep you off the hook, and they might still send inspectors or use other tools to try and find whether you’re watching something you shouldn’t be watching – so make sure you only watch the allowed services.

So will you be ditching your TV licence to save some dough? Have you done it already? Would love to know in the comments below, on Twitter @Jordon_Cox or on Facebook. 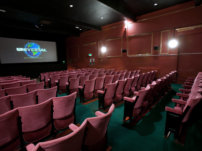 I’ve got the all clear! My 2 year journey battling Crohn’s Disease