I’ve read several contradictory statements from Nectar saying that anyone can get this, and only people who were sent promotional mail will get it.

It’s still unclear whether the points will be paid to you if you don’t receive an email or letter.

I’d say it’s still worth doing this in case it goes into spam/lost into post – or for some reason they pay the points to everyone. But don’t get your hopes up.

I write this blog with much excitement in my fingers – because Nectar are giving away free points to all customers, and the minimum anyone can get is £5 with Nectar Spin to Win.

There’s nothing better than free money, especially when you don’t have to do much to get your hands on it.

Here’s how it works:

This is basically a little promotion from Sainsbury’s and Nectar, where each person with a Nectar card gets one spin (and one spin only) to get some free points.

As part of the promotion, you can win either:

I completed the promotion on my Nectar account and my mothers. I picked up a £10 prize, but my mum was lucky enough to pick up £25 worth of Nectar Points. Here’s what the Nectar Spin To Win wheel looks like: You’ll need to sign in to your online account before spinning, so you may have to click on the link twice – as it’s hard to find once you’ve signed in.

Once you’ve had a spin and landed on your prize, you’ll have a screen similar to the one above. If you don’t win on the first spin, you should be able to spin again – but most people win first try.

Nothing else will happen after the ‘congratulations’ message, so you’re free to close the page. You won’t receive any emails or anything confirming –  but don’t worry, it’ll be tracked.

You will receive the amount of Nectar points won in spin to win 28 days after  the close of the competition.

The end date is January 4th, so you’re likely to have the points credited on February 1st 2021.

Although you have to wait a little bit to get them, it’s a total freebie, and a good way to start your 2021.

Earning these Nectar points for free is great. You can use them in store when doing your shopping to get money off food – but this only gets you a value of 0.5p per point.

Unlike the Tesco Clubcard, there aren’t as many uses for trading up your Sainsbury’s Nectar points, but there are a few.

Other Ways To Earn Nectar Points

If you fancy running up your Nectar balance, you don’t have to just shop in Sainsbury’s. There are plenty of ways to collect them.

First off, if you read the Daily Mail, you can collect points with each newspaper you buy.

Also, make sure that you’ve connected your eBay account and your Nectar card, as when buying through eBay you can collect points.

Also, have a look at the weekly Sainsbury’s Nectar in store rewards, which will earn you extra points for buying certain items.

I hope this blog has got you a nice freebie which will give you. a nice treat in the new year.

If you do spin to win – let me know your prize (and what you’re going to spend it on). 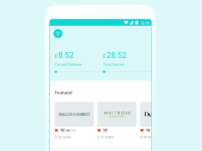 Breakfast Buffets galore – Where’s best for a cheap all you can eat brekkie?